The German title „Scheisse ohne Grenzen“ is a „catchy“ project title conceals the attempt to save the seas.
The oceans (70% of the earth’s surface) are – by far – the most important climate regulator – there are countless studies, reports, etc. 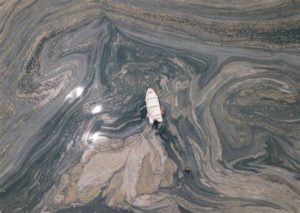 an urgent warning comes from the Turkish Sea of Marmara (September 2021), obviously
is completely tipped / dead. Most of the seas have reached this limit

So with the definition of minimum standards, certification rules and above all with sanctions if that doesn’t work
Money that is then used again through the international community (see project title). 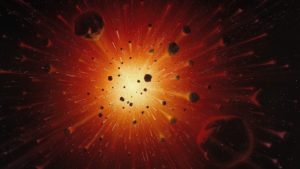 who helps us who is responsible for the climate conference? who could make the claim?
who is dashing enough to push one’s limits?

The pollution of the oceans by untreated wastewater is in addition to the pollution by washed-in garbage (see project „garbage exports“)
one of the most important points of the climate agenda (goal 14 of the 2030 Agenda).

The solution is – for once – not complex. We „just“ have to see that the wastewater is treated WORLDWIDE.
The technology is „state of the art“, i.e. there is (actually) nothing left to invent – just do it.

we shouldn’t let ourselves be caught giving advice in other regions, which then give us the „sweep on our own doorstep“

Definition of minimum standards that can / must also be certified
see also microplastics … same with level 4?
Plan and implement specific projects – prioritized by the urgencies that are presumably transparent in the analysis (population figures, etc.)

maybe also with the support of young university graduates (HTL?) or committed people based on the model of „Médecins Sans Frontières“ (which I admire very much) = Shit without borders (sewage treatment plants, water purification, etc.) 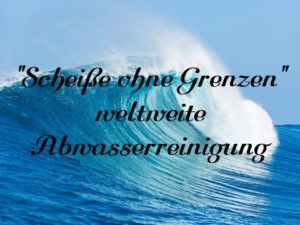 Advantages
Development funds (military budgets?) Are used meaningfully – not foisted on the corrupt elites
Jobs in the countries where the projects are started
and clearly clean seas,
but also clean water – a huge problem area of the (present) and future
Public health, etc.

and maybe also an emotional one to make the earth cleaner (see garbage exports, microplastics, etc.)